MY shop is going to change 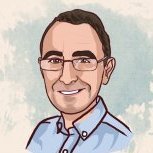